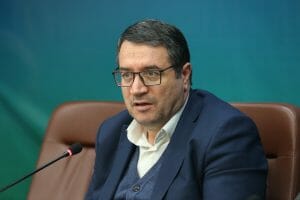 He continued: “In table production, we have 8 times the capacity of the country’s consumption and 4 times the country’s production needs, the rest of which is exported. The same trend is more or less the same for other mineral products.”

The Minister of Industry, Mines and Trade, referring to the emphasis of the President and the Cabinet on mining and mineral industries, said: “Two special measures are on the agenda, in one case with the coordination of the Ministry of Economy. It will be offered and a small number will be determined and it will be announced in the coming weeks. The second case is the transfer of the zones and mines that are in the hands of the Geological Survey or in the hands of the Copper Company.

Rahmani stated: “Great measures have been taken in the mining sector and this year a revolution will be formed in the field of mine transfer.”

He added: “This measure has several good features. First, provinces such as Sistan and Baluchestan, Ardabil, Yazd and Khorasan Razavi, except for Kerman and East Azerbaijan, which were already the focus of copper production, several new provinces were explored.”

Rahmani continued: “According to initial estimates, reserves have been discovered in some of these provinces, which is equal to the previous copper reserves in the country, and in a province like Sistan and Baluchestan, it is really a big and promising event.”

He added: “Another important feature of this development program is that these measures were taken by the Ministry of Silence and without dependence on government resources in the form of a consortium consisting of 11 operating companies and Imidro and Geology Organization in the exploration department. The handing over of affairs to the people in this sector has been fully manifested, and fortunately it has been fruitful, and the existing discoveries have more than doubled as a result of these measures.

Rahmani emphasized: “This capacity has led the government to use the facilities to develop mineral areas, so that today our country is one of the famous countries in the field of mineral production.”

He added: “We have acquired a lot of required technical knowledge, and especially in the mining and metallurgical industries and non-ferrous metals, today their technology has become indigenous and our country has changed from an importer of mineral products to an exporter of products.”

Two-way pressure on the steel market

Provision of raw materials for production, the main priority of the Ministry of Silence / Prohibition of importing parts with similar domestic production